One Atlanta and Smokefree Atlanta

One Atlanta and Smokefree Atlanta

A little over a year ago, Atlanta Mayor Keisha Lance Bottoms introduced One Atlanta—the city’s Office of Equity, Diversity, and Inclusion—to help create a more affordable, resilient, and equitable city. In her official statement announcing the new office, the mayor emphasized One Atlanta’s focus on shining a “light on … forgotten communities” and building “a bridge towards greater inclusiveness across the entire city.” That focus neatly aligns with the Smokefree Atlanta effort that highlights the need to ensure no one’s health is forgotten as we strive to make the city healthier for everyone who lives, works, and plays here.

One Atlanta and Smokefree Atlanta are also closely aligned in the shared commitment to improve public health, reduce health disparities, and support equity in every part of the city by ensuring everyone’s right to a safe and healthy workplace is protected. Research shows that race, occupation, and socioeconomic status play a significant role in who is afforded protections from secondhand smoke exposure, which in turn can lead to poor health outcomes. In a city where more than half the residents are African American—and one in three of those residents live in poverty—these factors become much more difficult to ignore. Consider the following:

To achieve One Atlanta’s goal of “thriving neighborhoods, communities, and businesses,” we have to ensure no one is forced to choose between their health and a paycheck. Studies have shown that smoke-free policies that eliminate secondhand smoke in public places like bars and restaurants help improve the health of workers and the general population. Several of these improvements in health outcomes, such as reductions in hospital admissions for heart attacks, begin to be realized shortly after the laws take effect. A Smokefree Atlanta is an Atlanta focused on reducing health disparities, an Atlanta dedicated to supporting equity, and an Atlanta we believe in.

Tell City Council why you support a Smokefree Atlanta 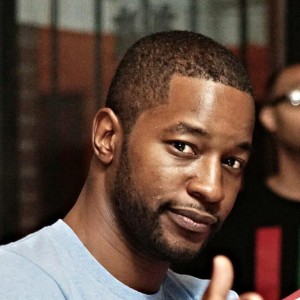